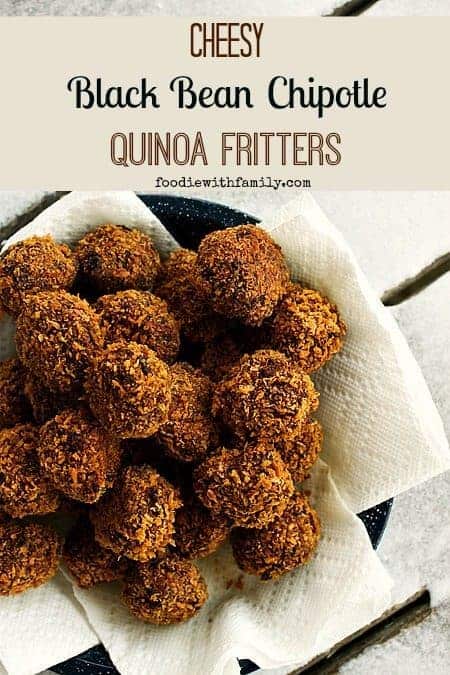 Today in the second installment of Dude Food Week in the lead up to the”Big Game”, I am going to please both the vegetarians and the non-vegetarians with a recipe that is SERIOUSLY indulgent and utterly meat-free. Don’t even balk, meat eaters. My house full of carnivores inhaled these things. I promise you that if you pop these little beauties down at a game day party buffet and tell everyone they’re Cheesy Black Bean Chipotle Fritters that they’ll disappear with lightning speed.

BECAUSE THEY ARE AWESOME.

So awesome, in fact, that ALL of my kids (all of whom actively dislike quinoa) ate these without even questioning what was in them. Not only that, but my southern sweetheart proclaimed that he liked these better than hushpuppies!

The brilliant idea behind these is not originally mine. Lauren Keating of Healthy. Delicious. posted her luscious, elegant version of these made with chickpeas. I decided to make a few changes to suit my menfolk -only two of whom like chickpeas- and went for a black bean fritter instead because my guys will devour anything with black beans.

There’s more to these than just black beans, though; they’re full of quinoa, green onions, garlic, CHEDDAR CHEESE and a lot of it, and a super sneaky goodly dose of caulifower. That’s right, hidden in plain sight is a bunch of super nutritious cauliflower. It’s magical how this works. You cook the quinoa until most of the liquid is absorbed then add in the finely chopped cauliflower, green onion, and garlic and cook until all the liquid is absorbed and the cauliflower is tender. Other stuff is stirred in, then you smash the beans INTO the soft quinoa and cauliflower, breaking up everything in the process. What it does it disguise the quinoa enough that it’s not noticeable unless you look for it. There is NOBODY in the world who would spot the cauliflower when it’s broken down with the food processor before cooking. 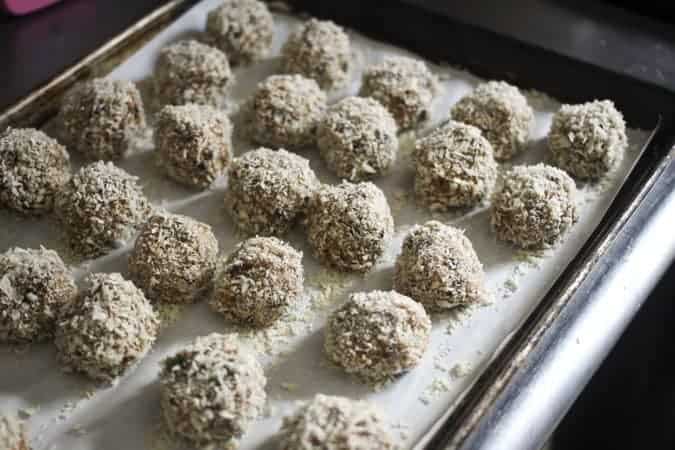 The other major change I made was to make the balls of the filling, roll them in the panko, then place them on a parchment lined cookie sheet in the freezer until frozen solid. This does three things:

Do yourself a favour; make the filling, roll the balls, and freeze them today. Test fry a couple tomorrow, just for quality control, ya know. Then Sunday, break them out and fry up a bunch. Impress your friends and family. Heck,  if it’s just you, impress yourself! 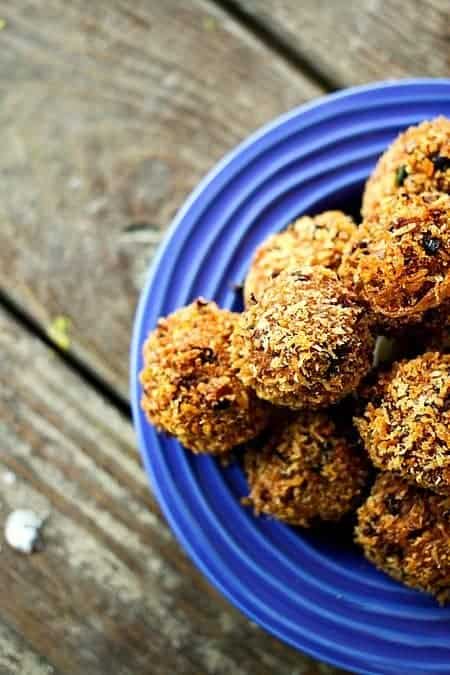 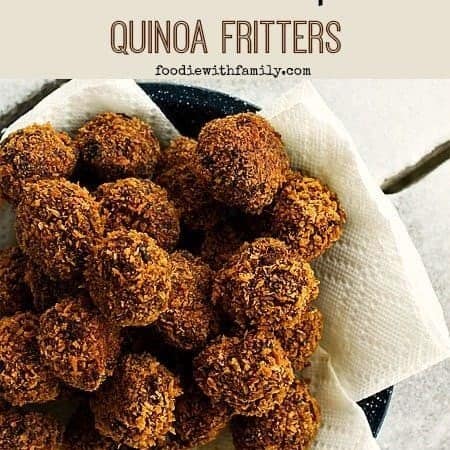 Rate Recipe Rebecca Lindamood
Prevent your screen from going dark
Print Recipe Pin Recipe
Crunchy, panko coated Cheesy Black Bean Chipotle Quinoa Fritters show no compromise. They're delicious, enticing addition to any party. No one will ever guess how loaded with protein and fiber they are! Adapted from -and with thanks to- Lauren Keating, Healthy. Delicious.