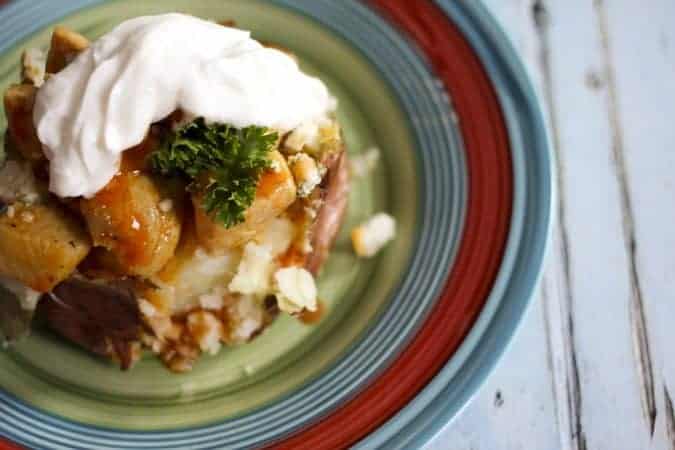 Disclosure: I was not compensated to write this post. Black Gold Farms sent potatoes so that I could create this recipe. They are also providing the giveaway package in conjunction with Body Media.

Have you ever quizzed yourself over what you’d like for dinner and gotten a certain food wedged in your psyche as the one and only way you can possibly satisfy your hunger in a way that leaves you in a good mood?

I try to be an adult, really I do, and I’ve put myself in a position of having to get creative since I live in the middle of nowhere, but I really do hang my hat on eating a certain thing from time to time. Alright, it’s more often than I care to admit… And it’s a big part of why the whole once-a-month-cookery scheme never really jived with me. (“Excuse me, miss. I speak jive.”)

Thankfully, I’ve developed a few strategies and schemes of my own to make sure that I can follow through on a reasonable fascimile of most of my overwhelming food urges without having to drive a bajillion miles to accomplish the task. I keep a VERY well stocked freezer and pantry. Prepper? It kind of looks like it in my basement. I suppose technically I could be considered a prepper, but only if there’s a sub category of prepper devoted to stocking food against the ho-ree-blay potential disaster of not being able to eat what I want for dinner.

It all builds up to dishes like this, though. I had it in my head that I really wanted wings for dinner. In these parts (the Greater Buffalo, New York area. And by Greater Buffalo, I mean drive an hour and a half to get there. Sigh.) “wings” mean what everyone else in American calls “Buffalo Chicken”. Chicken breast had to stand in for proper wings since rummaging through my freezer failed to yield up even one bag of wings. That’s alright. I had Frank’s and butter. And potatoes. I had lots and lots of potatoes. If you want a Dinner Prepper’s pantry, you need potatoes. I had red potatoes on hand courtesy of Black Gold Farms. Scrubbed, rubbed in oil, and sprinkled with salt, they were popped into the oven to bake while I made my Buffalo Chicken topping. The potatoes and chicken topping were done right about at the same time, I broke open the potatoes, spooned the spicy chicken over the top, sprinkled them with crumbled bleu cheese and added a dollop of Greek yogurt (Ranch dressing went on for those here who dislike bleu), and -Hey, Presto!- dinner was served. 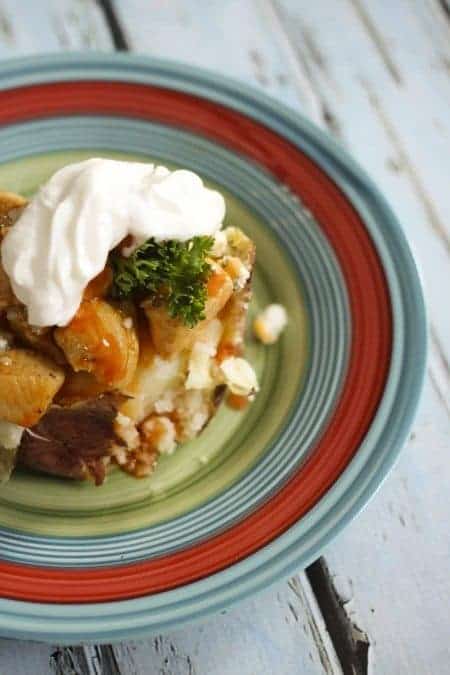 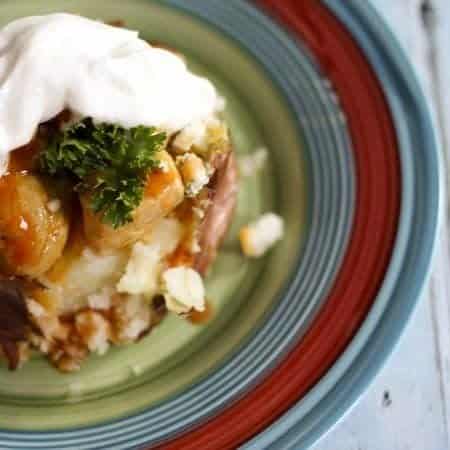 For the Baked Potatoes:

For the Buffalo Chicken Topping:

For Garnish, choose any combination of the following:

To Bake the Potatoes:

To Make the Buffalo Chicken Topper:

Black Gold Farms and their Better with Reds campaign, in partnership with Body Media, have generously offered a Healthy Choices giveaway! 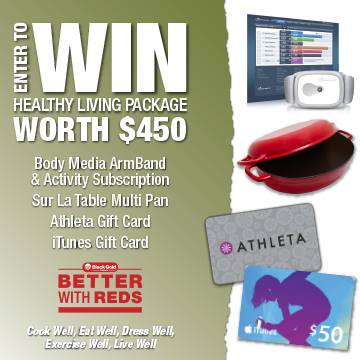 I want this gift pack all to myself, but we’ll be giving it away to one of you lucky readers! Just because you eat potatoes doesn’t make you a couch potato, and they’re going to help you get up and shake your groove thang.

Follow the instructions in the Rafflecopter widget below. It’ll talk you through the process. The giveaway ends on January 26, 2014, so good luck, everyone!