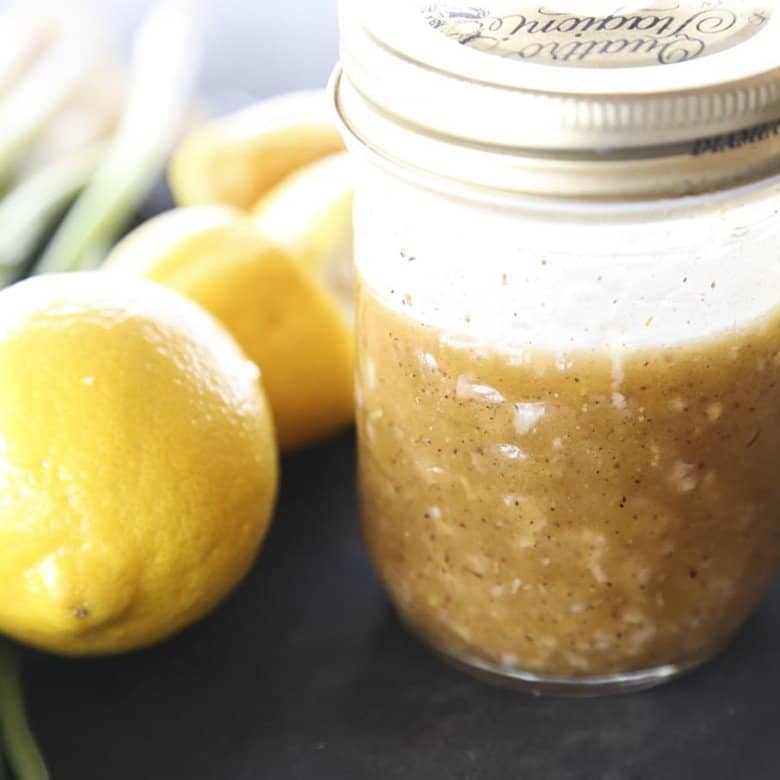 For as many years as I can remember, I start getting an insatiable craving for fresh vegetables, salads, and anything green somewhere around the first or second week of January and it carries through until the snow melts and things start blooming again around our home. Middle Eastern food is my go-to in these months of greenery craving because it is so packed with greens and freshness and herbs and garlic; all of those things are abundantly present in this cuisine. My quick-meal, go-to, happy-place food this time of year is Fattoush. 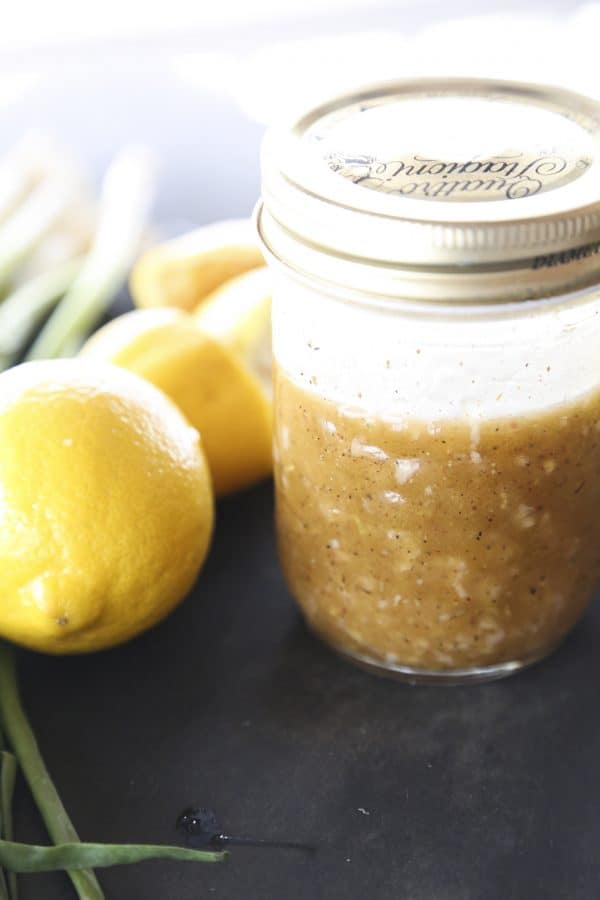 Yes. My Best Middle Eastern Salad Dressing is the salad dressing of my dreams. It comes together super quickly and is pure, fresh deliciousness in a jar; lemon juice, garlic olive oil, fresh garlic paste, and just enough Za’atar to make it sing. I’ve chatted about za’atar before… In fact, I shared a recipe for it here. If you haven’t had a chance to look it over or make it yet, you really should. It is a blend of dried herbs, sesame seeds, salt, and ground sumac (not poison sumac!) that makes everything it touches come alive. It is to Middle Eastern Cooking what five spice powder is to Chinese cuisine or curry is to Indian cooking. Most of the ingredients are pretty commonplace -thyme, oregano, marjoram, and kosher salt- and the only two things that are a little less widely available are sesame seeds and sumac. Sumac gives some folks pause because most of us here Stateside are only familiar with poison sumac, which we’ve been taught to avoid at all costs. Sumac the seasoning is nothing like that, but is a red or reddish purple powder made from dried and crushed sumac berries that grow all over the Middle East, Eastern Asia, Africa, and North America. It tastes very citrusy and tangy; much like a lemon but less tart. You can either make your own Za’atar like I do, buy it at a moderately well-stocked grocery store in the Asian foods section, from a Middle Eastern grocer, or online at Amazon.

I make a batch of my Best Middle Eastern Salad Dressing and use it on my daily salads or on a big batch of Fattoush Salad. When I tell you I could eat this salad daily from mid-January to June, it’s not much of an exaggeration. The beauty of this dressing -aside from the bright, citrusy, garlicky flavour- is that a little goes a very long way. On a salad that uses 2 hearts of romaine lettuce, I usually don’t use more than 2 tablespoons of my Best Middle Eastern Salad Dressing. Even that very little amount lends every bit of that salad some excitement. Also wonderful is that this dressing improves as it sits. It’s even better on Day 2, Day 3, Days 4, 5, 6, and 7 than it was on the first day it was made. Be sure to whip up a batch of this dressing today and let it mellow in the refrigerator so you’ll have it handy for another amazing recipe I have coming your way in the next week!

Use these things to make your Best Middle Eastern Salad Dressing: