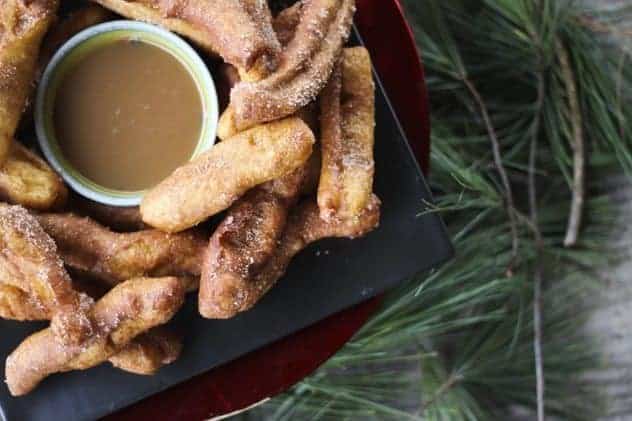 Hello, gorgeous dessert. Of all the recipes  I’ve done for the Captain Morgan’s Spice Up the Holidays campaign, this is the one that disappeared the fastest. I guess it’s natural, what with being deep-fried and all…

I introduce to you my final recipe that I developed for the contest: Banana Churros with Buttered Rum Caramel Dipping Sauce. I was bouncing ideas off of my little sister (and culinary genius), Christina. She texted me with one word: Churros. DING! We looked no further. Somehow the churros morphed into Banana Churros and I replaced the usual thick chocolate dip with a seriously festive Butter Rum Caramel Dipping Sauce. Can I get an amen?

Would you just look at those babies on the party table?

When I started this competition, I really didn’t think I had much in the way of entertainment tips, but the more I thought about it, the more I realized I do. Maybe my tips won’t win praise from a traditionalist, but this is how I do things. 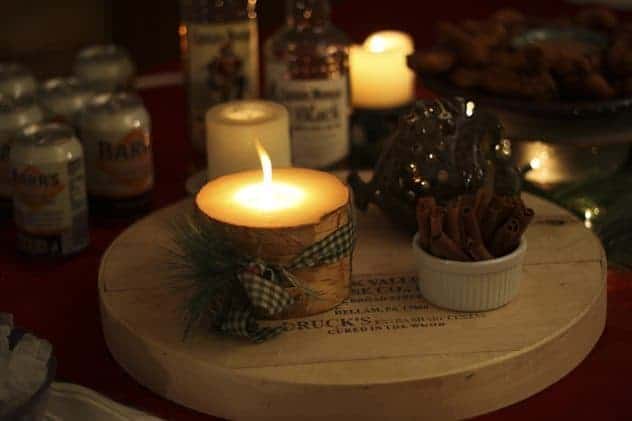 Our weeknight just-because-we-could party was a riot. I spiced things up by not telling anyone what was going on. You have to love a group of friends who shows up when you text them and ask them to come “dressed festively from the waist up.” Sharon said, “it was so mysterious, this text. How could I not come?”

The cocktails and nibbles were a welcome respite in the middle of the workweek. 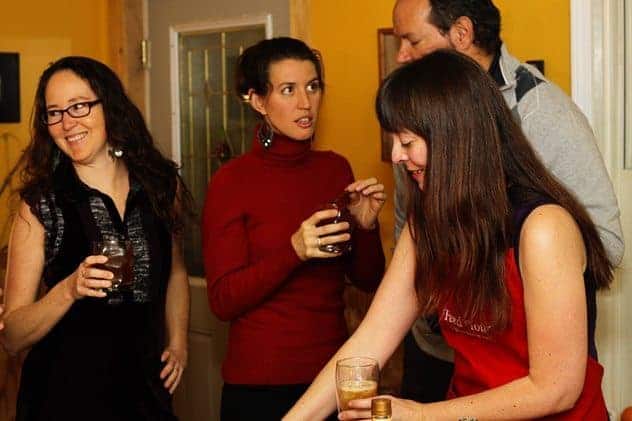 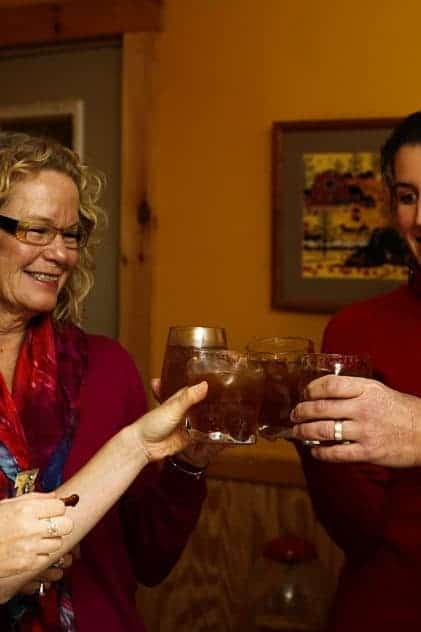 I think Gena was pleasantly surprised by the Dark & Stormy Orchard… 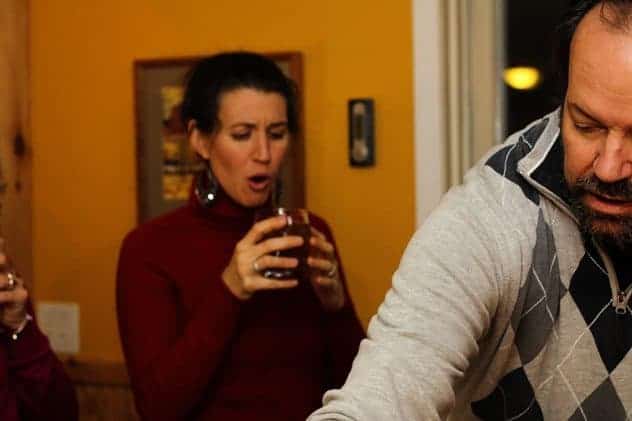 Bob was reaching for some goodies. Was he going for the Jerk Chicken Bites with Rum-Glazed Grilled Pineapple? 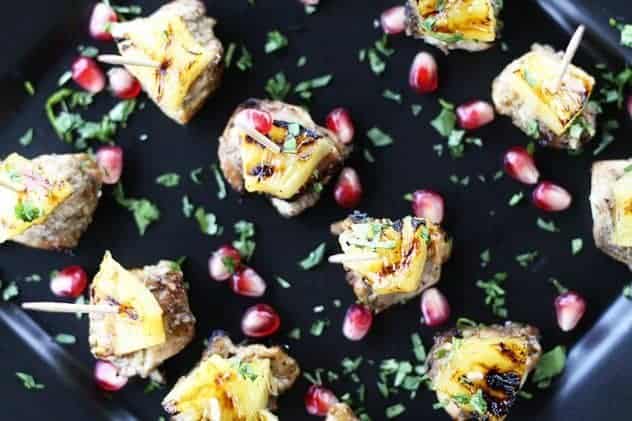 …Or the Rosemary Garlic Almonds? The cheese? 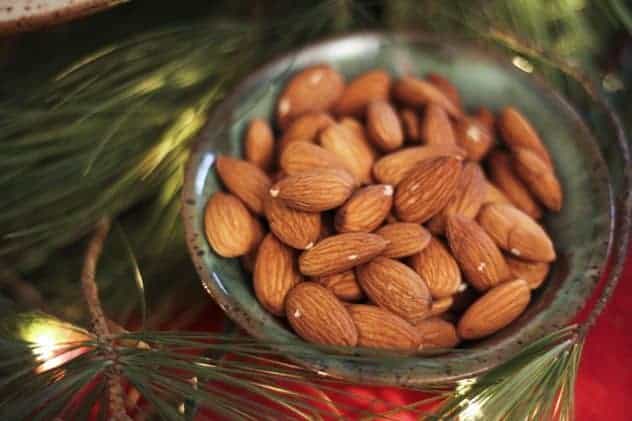 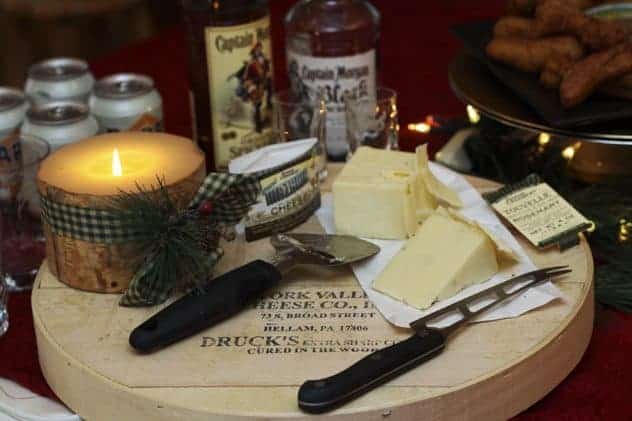 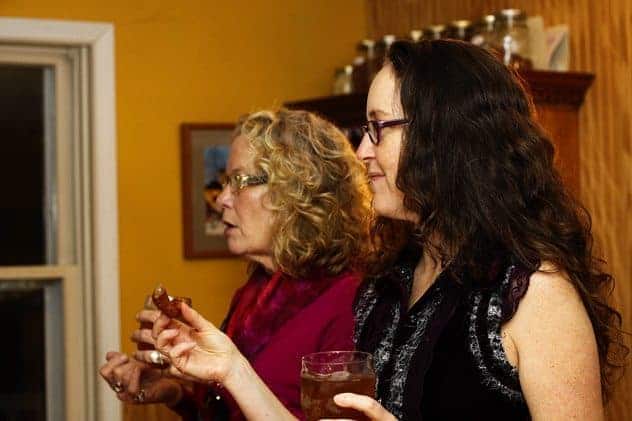 A mellow, weeknight get together was spiced up with the help of our Captain Morgan menu from the vittles to the Dark & Stormy Orchards. 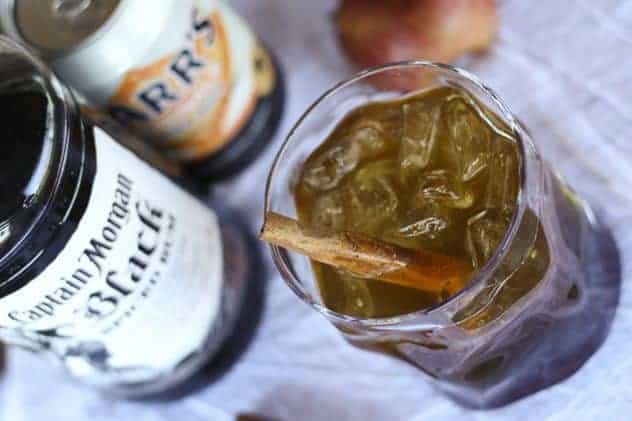 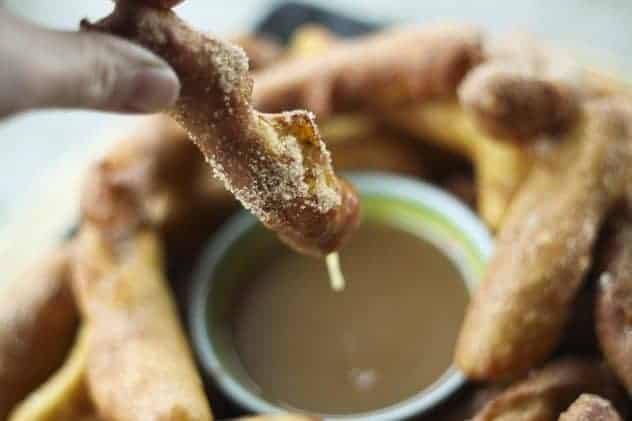 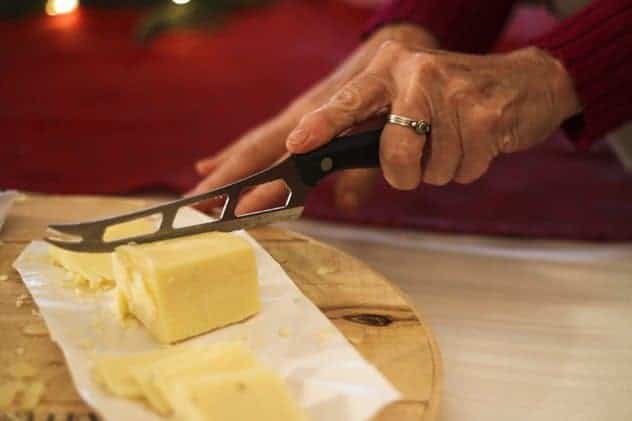 Happy Holidays and Merry Christmas everyone! 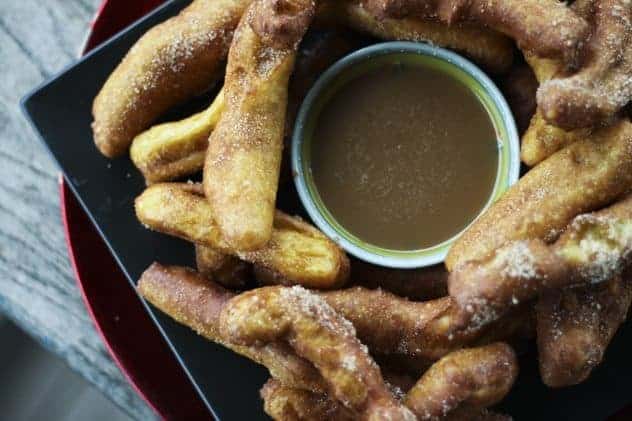 Rate Recipe Rebecca Lindamood
Prevent your screen from going dark
Print Recipe Pin Recipe
Light-as-a-feather and deep fried don't usually describe the same food, but that's exactly what these mildly-banana-flavoured churros are. Crisp on the outside, airy and moist on the inside, these Banana Churros with a creamy, rich, rummy dipping butter caramel sauce are a surefire hit wherever and whenever they're served.

Ingredients for the Banana Churros:

To Make the Butter Rum Caramel:

To Prepare the Banana Churros:

A reminder: Please check out all the great work my competitors put into their parties and say howdy to them! Also, be sure to check in next week to find out who won!

Disclosure: I am a participant in the Spice Up the Holidays contest sponsored by Captain Morgan USA. I received products to use in my recipe development and compensation for additional ingredients but all opinions are my own.