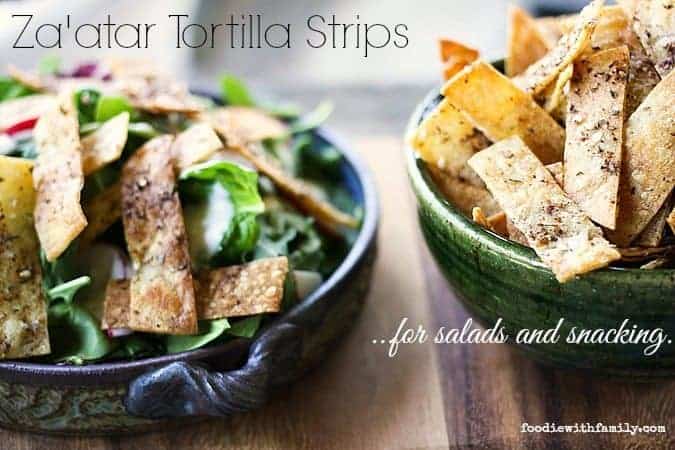 I had girlfriends coming over for lunch with kids in tow a couple of weeks ago: girlfriends with lots of kids like me. My plan was to present a GIANT plate of Party Hummus and homemade pita chips. The problem was that it was HOT and I ran out of time and WHADDYAKNOW, no one in Amish country sold pita bread. I turned to my pantry and coated some nice corn tortillas with oil and za’atar and baked them for crispy Za’atar Tortilla Strips. The result was even better than the planned for pita chips. Crispy, crunchy, and utterly dippable, these crispy Za’atar Tortilla Strips had the bonus of being gluten-free, which made it possible for ALL my guests to eat them! And -mercy!- they paired beautifully with the hummus! 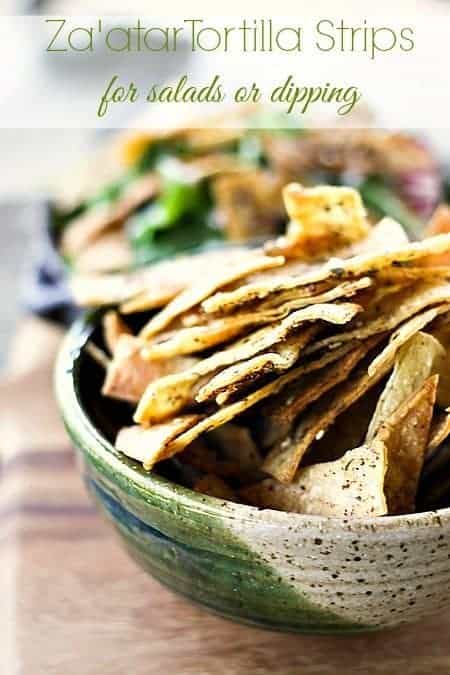 Dip and crunch. Dip and crunch. That’s my favourite way to pass the day. Thankfully, my girlfriends love to dip and crunch, too. And thankfully, this snacky hail-Mary ended up being even better than planned for four major reasons.

So. Is anyone asking what za’atar is? It sounds fancy-pants, to be sure, but it’s such a familiar flavour profile with its blend of thyme, oregano, marjoram, toasted sesame seeds, salt, and (the only possibly unfamiliar ingredient) dried sumac*. Sumac has a citrusy flavour that brightens up the other herbs in the blend; it’s a little lemon-y. Good stuff! I love it so much that I put it on just about everything: popcorn, rice, salad, pizza (yes, it’s GOOD), grilled chicken, pork, FISH (oh DO put it on fish!), and veggies.

Oh, hey. Yeah. I love it so much, I have a handy-dandy recipe for it right here! Of course, you can purchase ready made za’atar

but that takes half of the fun out of it. Homemade za’atar is also quite a bit less expensive if you buy your spices in bulk. 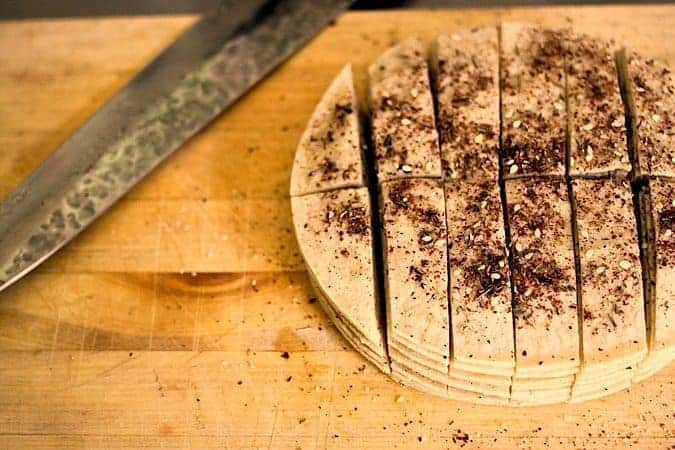 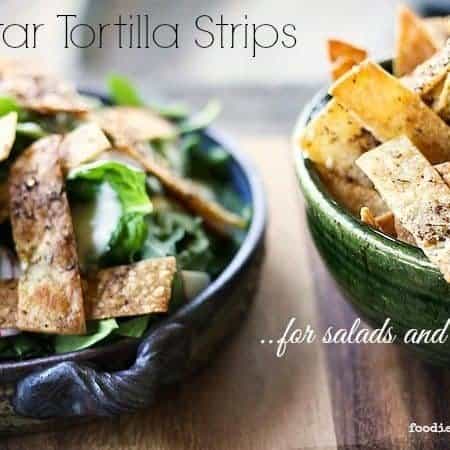