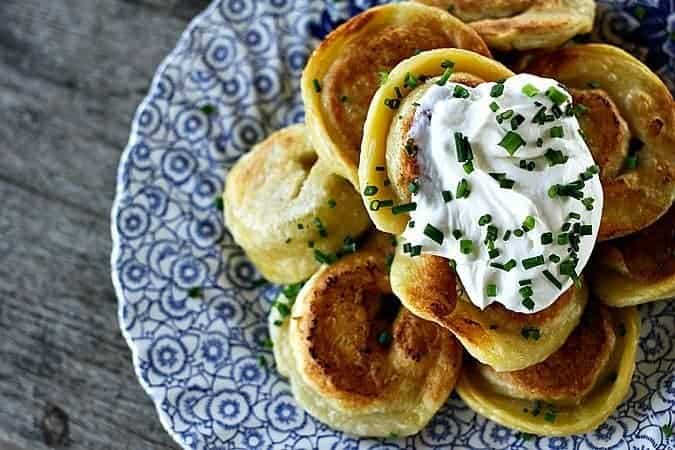 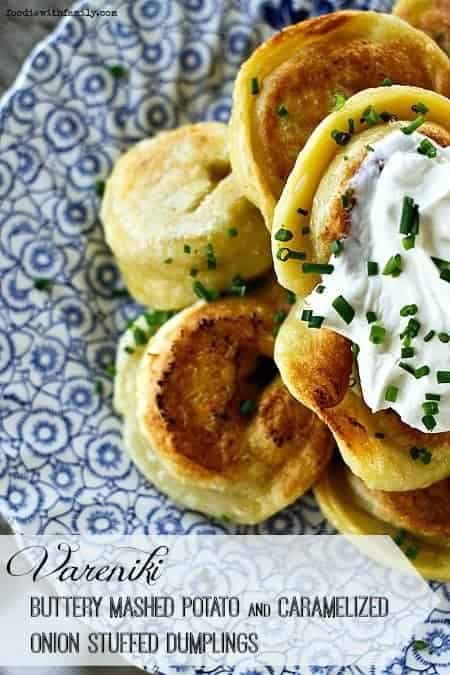 I have a long and abiding love for pierogies. (See here for proof.) I have always eaten the frozen variety due to a woeful lack of old Polish grandmothers in my family. Strangely, it never occurred to me to make my own. I’m aware that ‘making your own’ is kind of my thing.

…and then a student in my international foods cooking class mentioned that she was interested in making Russian dumplings that were similar to pierogies. With the Olympics on twenty-four hours a day in my home, the proverbial light bulb went “BOINK” over my head. Duh.

“Let’s make some Russian pierogies!” I said to myself. (…And just like that a food blogger started an international incident.) 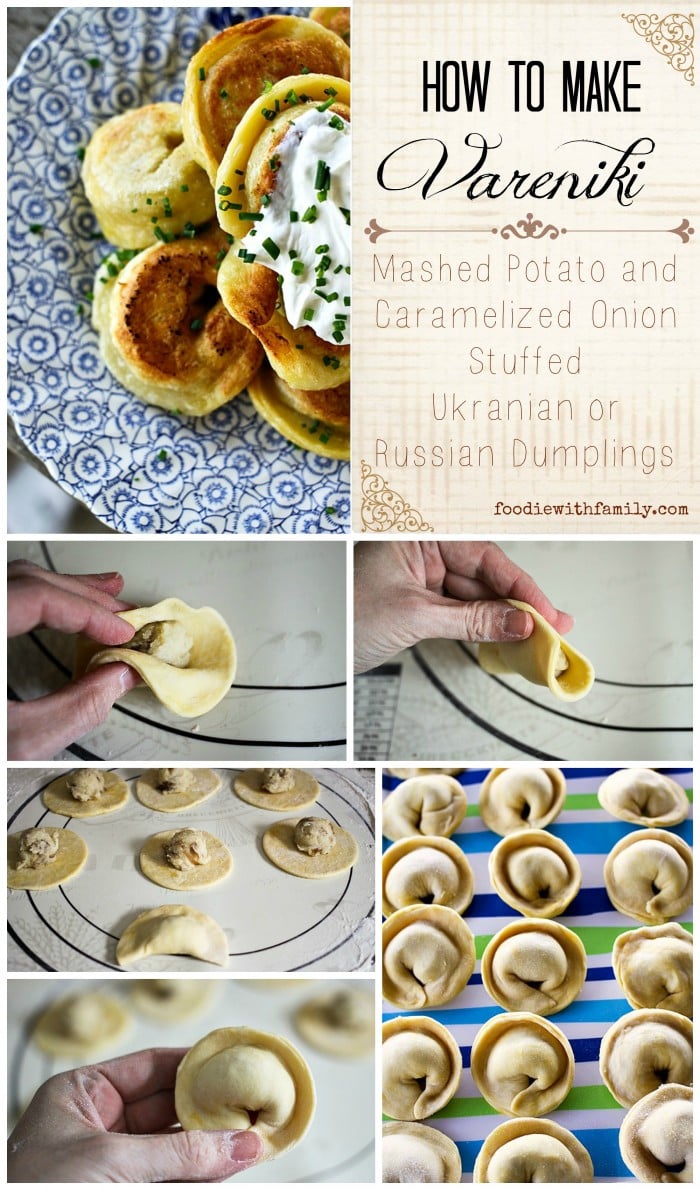 So I taught my classroom full of students how to make Vareniki: mashed potato filled dumplings. <

Let me tell you, I have loved the frozen pierogie world dearly, and I can promise they will still be on my table from time to time, but after having a go at making these Russian ones, I rather suspect that any mass produced ones will pale in comparison from here to eternity.

Because I chose to prepare my homemade dumplings the same way as I usually prepare frozen pierogies, I was able to make a pretty solid comparison in the differences between the final products. Homemade dumpling dough has a lightness of texture that is simply unmatched by its commercial counterparts. They’re not at all chewy or gummy, but airy. If you opt to pan fry them in butter after boiling, as I prefer to do, you’ll find the homemade Vareniki gets far crispier on the bottom, but remains light and pillowy over the un-fried portions. 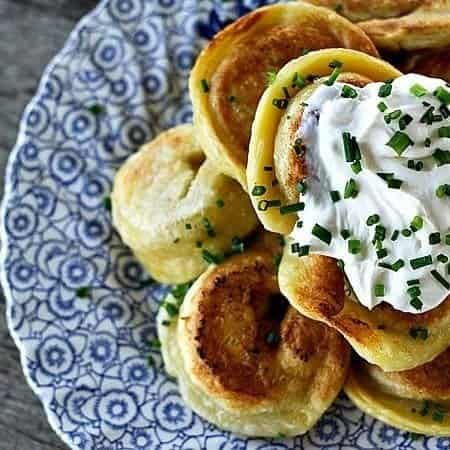 To Make the Vareniki: