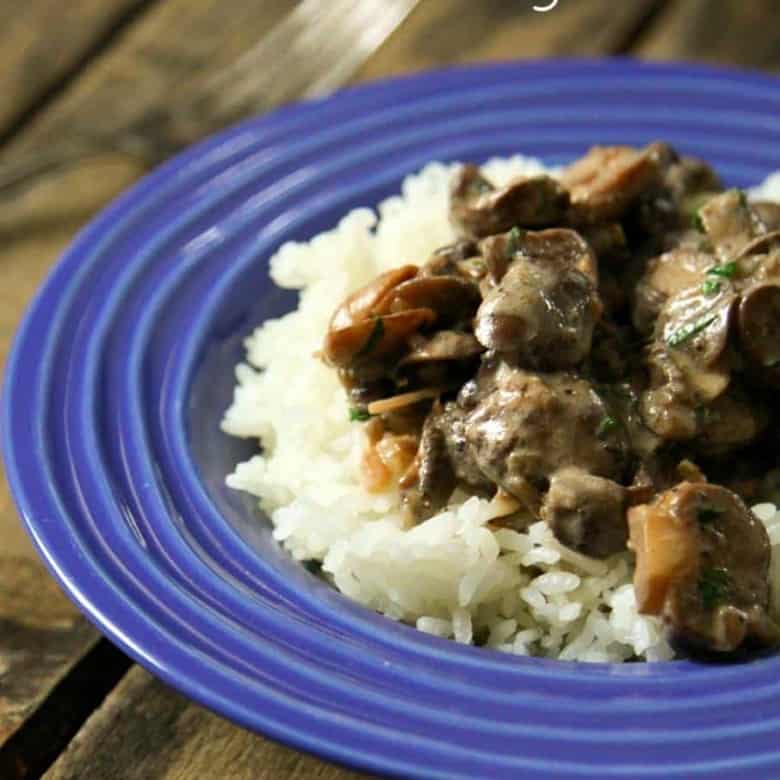 High on the list of things that I ‘hated’ to eat as a child -which was an extensive list because OHMYWORD I was picky!- were mushrooms. I can’t say I tried them with any frequency, but I mistrusted them. It’s quite possibly insane to have a lack of trust in a food, but there was something about the weird shape, texture, and earthy flavour that made me wonder whether they were entirely a good idea.

Somewhere along the line, someone gateway drugged me into liking them by introducing me to deep fried mushrooms. Good golly. I fell hard and fast. Before I could say “fungi!” I was obsessed with eating mushrooms in every possible which way. Rather than the obsession abating, it has grown and grown over the years. You could ALMOST say it was growing like mushrooms after the rain. 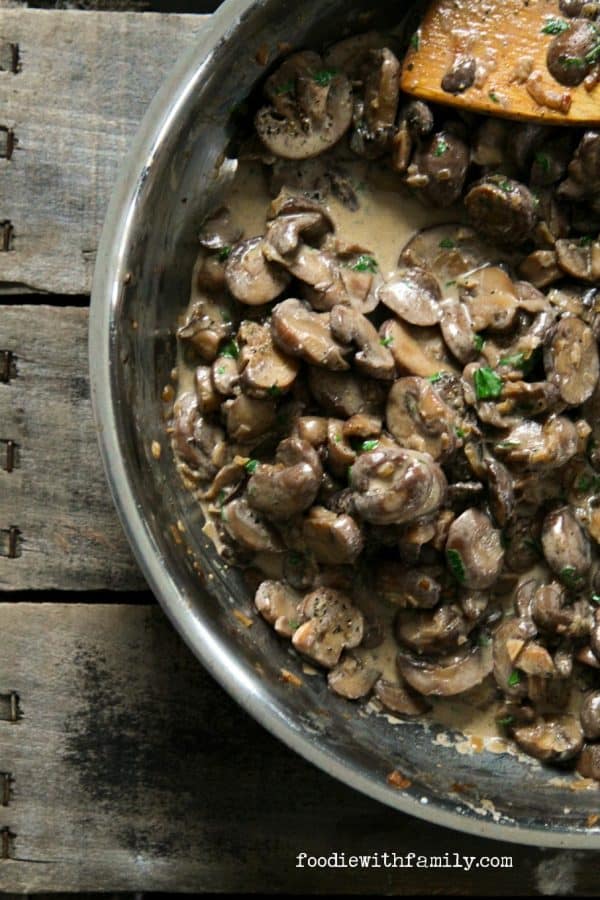 I love mushrooms in almost all places where beef would normally be, and a slash and burn sale on baby bella mushrooms at my local grocery store a couple of weeks ago put me in possession of several pounds of the mycelium delights. With boxes and boxes of mushrooms upon my counter, I decided to tackle a project I’ve wanted to have for ages; Garlic Mushroom Stroganoff.

The goal was all the creamy, rich, intensity of beef stroganoff, but with mushrooms instead. It turned out to be a good thing indeed that I had procured nearly 10 pounds of the little beasties, because Garlic Mushroom Stroganoff ended up being a little tougher to dial in on than I thought. I started with a recipe I had found elsewhere on the omniscient interwebs from a well-respected food magazine.

The result? Delicious and creamy mushroom soup. There was none of the clingy, creamy sauce that I wanted so desperately. A second attempt yielded slightly less soupy soup. Then I pitched their recipe and decided to make my own because, DUH, that’s my job. My husband, being a devoted mushroom lover, was perfectly happy to eat all of my iterations of Garlic Mushroom Stroganoff (from soup to end product).

My final version ended up EXACTLY as I had envisioned and craved; a rich, intensely mushroomy, garlicky, and creamy sauce that enrobed the tender but meaty mushrooms. I served it over rice, but it would’ve been absolutely lovely over buttered homemade egg noodles, too! This is EVERYTHING for serious mushroom lovers, friends. Bonus: it’s done in under 30 minutes from start to finish! 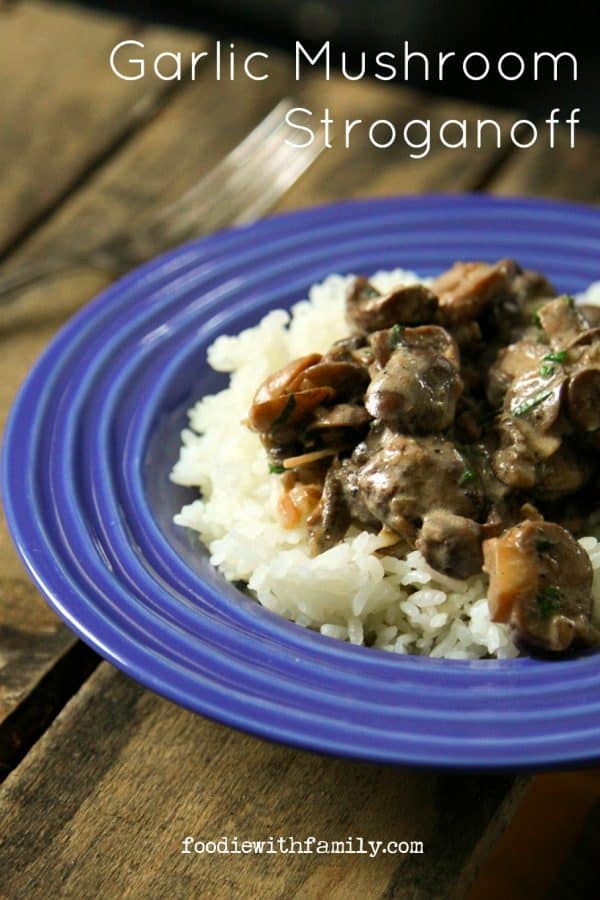 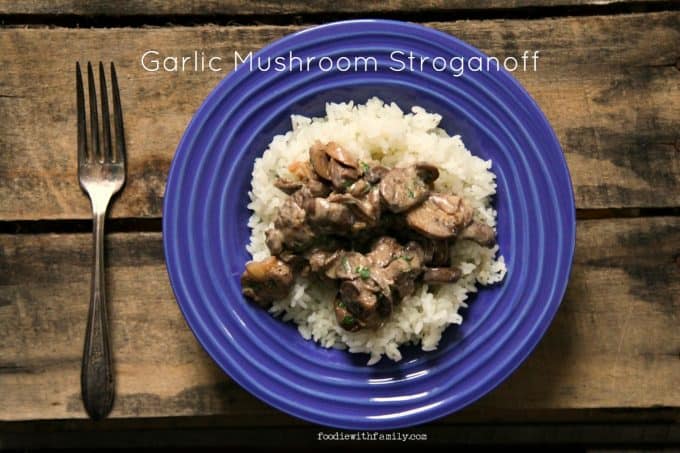 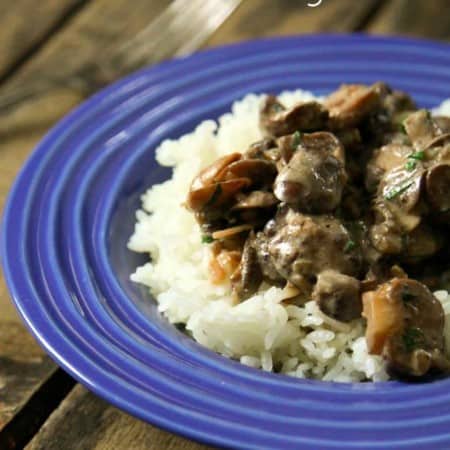