Fish Chowder made with Cod and Dill 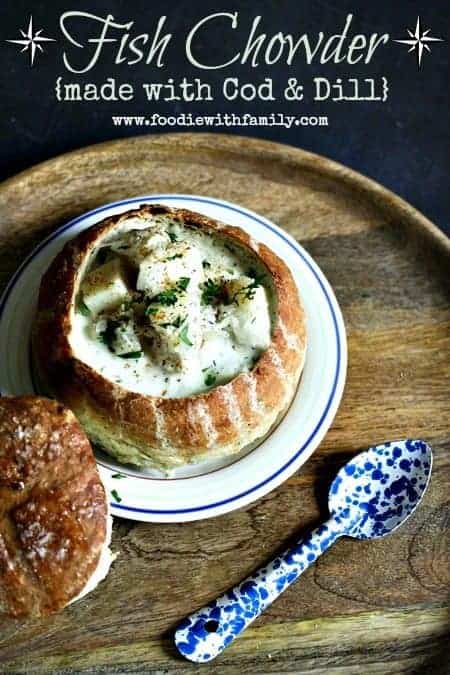 You know why I never order chowder when I go out to eat? It’s because chowder is a food that I want to hunker over with my face just inches from the bowl sniffing it and generally behaving like a happy animal. Chowder is comfort food writ large for me and comfort food is meant to be eaten at home in your coziest clothes with a book standing by ready to read the second you’re done whipping up the dinner dishes.

Admittedly that’s an idealized version of chowder consumption. Most of the time, I have to settle for the ability to hover my face over the bowl at my own table with a limited amount of lingering before running out the door to take my kids to one activity or another. Still, though, it’s a homey food to me that brings a sense of peace with it.

Corn chowder, potato chowder, and clam chowder (New England or Manhattan) are all wonderful, but today’s chowder is something extra special. This creamy, thick chowder broth made of clam juice and heavy cream is full of pieces of tender cod and potato, and fragrant dill. I serve it in gorgeous Onion, Dill, Sour Cream Bread Bowls to really kick up the dill. The circle of bread that is cut out of the bread bowl to make room for the soup is buttered and stuck under the broiler to toast briefly, then serve with the chowder for dunking purposes. Imagine tearing a piece of the onion and dill studded bread with flaky sea salt crust and dunking it into the thick, fragrant chowder. That reduces me to pure want. How about you? 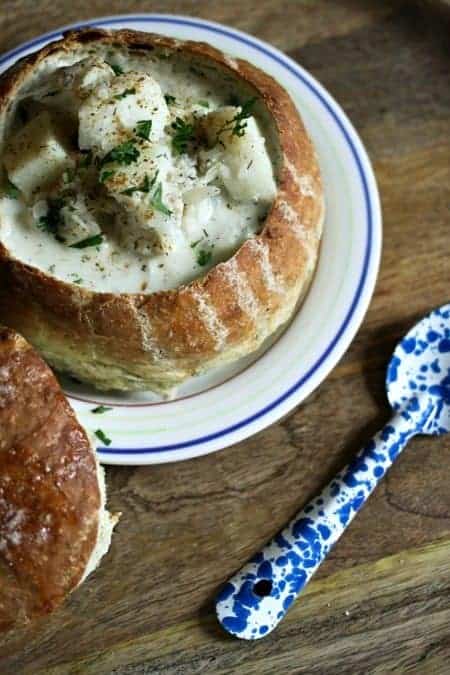 While it seems like chowder in a bread bowl would be time intensive, it’s not true! This entire dish can be ready for your dinner tonight, bread bowl and all! Since the bread bowls are done in one hour from start to finish, and forty minutes of that is baking time, you can make the chowder while the bread bakes. They can both cool to manageable temperatures together, and then VOILA! Lenten Friday or any night deliciousness in just about an hour! 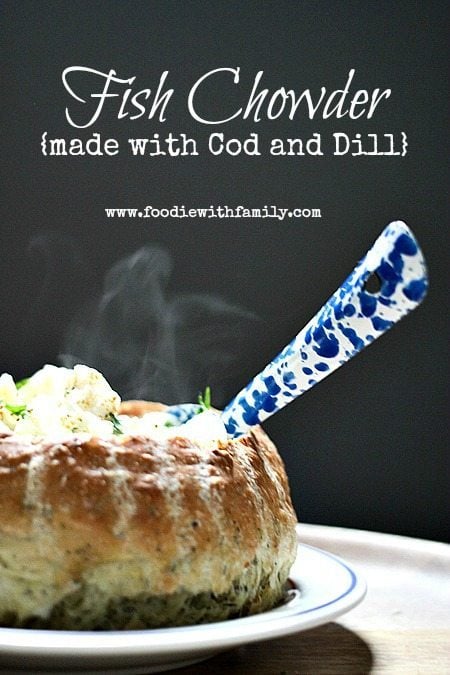 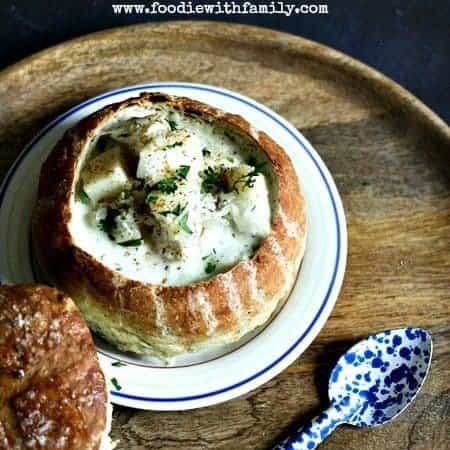 Fish Chowder made with Cod and Dill

*If you cannot find fresh dill, you can use 1 1/2 teaspoons of dried dill weed in its place. You will want to add it earlier in the cooking process, though. If you use the dried dill, stir it in when you add the hot heavy cream and the cod.