A simple, hearty, satisfying beef stew generously brimming with mushrooms and crisp bacon is the stuff on which dreams are made when the skies turn grey, the leaves turn crayon-coloured, and the weather turns cooler. There is something soul-satisfying about walking from the crisp outdoor air into a warm house filled with the enticing aroma of our Best Slow Cooker Beef Stew with Bacon swirling around my head. Those moments, I just want to close my eyes and drink in that scent. Everyone in the house eagerly awaits the moment we sit down to the table to bowls brimming with tender beef, carrots, potatoes, mushrooms, peas, and crispy bacon in a velvety thick beef gravy. 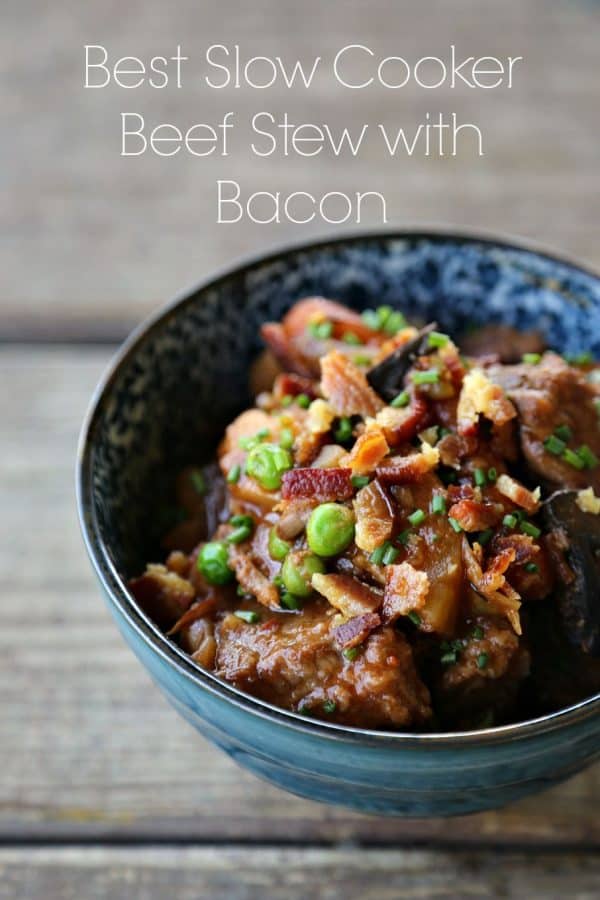 Please don’t let the ingredient list length deter you. Look it over… there really isn’t much prep work involved in the making of our Best Slow Cooker Beef Stew with Bacon. In fact, you’re really just chunking up the potatoes, laying them in the slow-cooker, piling on the baby carrots, then tossing the beef with a flour and spice mixture before browning it in bacon fat, piling THAT in the slow cooker, and adding the sauce ingredients to the pan you used to brown the beef in order to get all the lovely browned bits un-stuck from the pan. It’s very little work for a VERY large payoff…

One of the most common questions I get here on FWF is “Why do we need to brown meat before adding it to the slow cooker/crockpot? Why can’t we just toss it all in?”, so I want to dig into the science of why it actually matters because it really, really does matter.

Why do I need to brown meat before adding it to the crockpot or slow cooker? 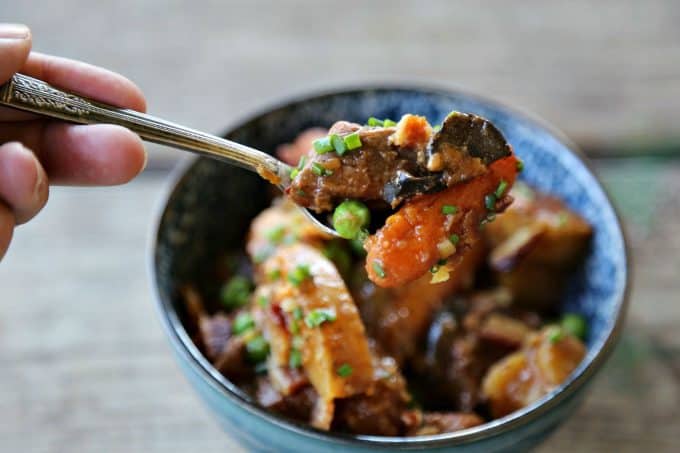 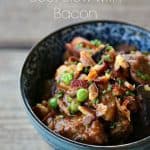 Here's a simple, hearty, satisfying beef stew generously brimming with mushrooms and crisp bacon for you and -wonder of wonders- it's made in the slow-cooker!
Author Rebecca Lindamood